Self-taught in the arts and letters, David Wojnarowicz [Voy-na-RO-vich] used any mode of communication at his disposal to fight for visibility in what he termed “the pre-invented world.” He developed a stirring and concise lexicon of sounds and images, looking to visionary discontents like Jean Genet, Arthur Rimbaud, and William Burroughs for inspiration. Following his diagnosis with AIDS in the late 1980s, Wojnarowicz’s relentless anger at a homophobic Church, and politicians who ignored the existence of this deadly illness, fueled much of his scathing imagery. The soul-piercing diatribes he delivered to audiences throughout the U.S. until his death in 1992 still resound today; the sustained power of his work is evident in the political storm surrounding the removal of his video  Fire in My Belly from an exhibition at the National Portrait Gallery in 2010.

In January 1990, the David Wojnarowicz: Tongues of Flame retrospective opened at University Galleries with a performance witnessed by an enthusiastic crowd of 700 people. Amidst four of his videos running simultaneously, Wojnarowicz spoke passionately about safe sex, lack of AIDS funding, and the dearth of queer rights in our “one-tribe nation.” One of the final chapters in Cynthia Carr’s biography,  Fire in the Belly: The Life and Times of David Wojnarowicz, contains an account of Wojnarowicz’s experience in Bloomington-Normal, the media response to his exhibition, and the artist’s successful legal battle against the American Family Association, who defamed his work in thousands of leaflets mailed to Congress and religious institutions throughout the U.S.  Wojnarowicz stayed in Bloomington-Normal for several weeks between 1989 and his death in 1992. He published three prints with Normal Editions Workshop and created some of his last major paintings and photographs in a studio he rented at Front and Center streets in Bloomington. 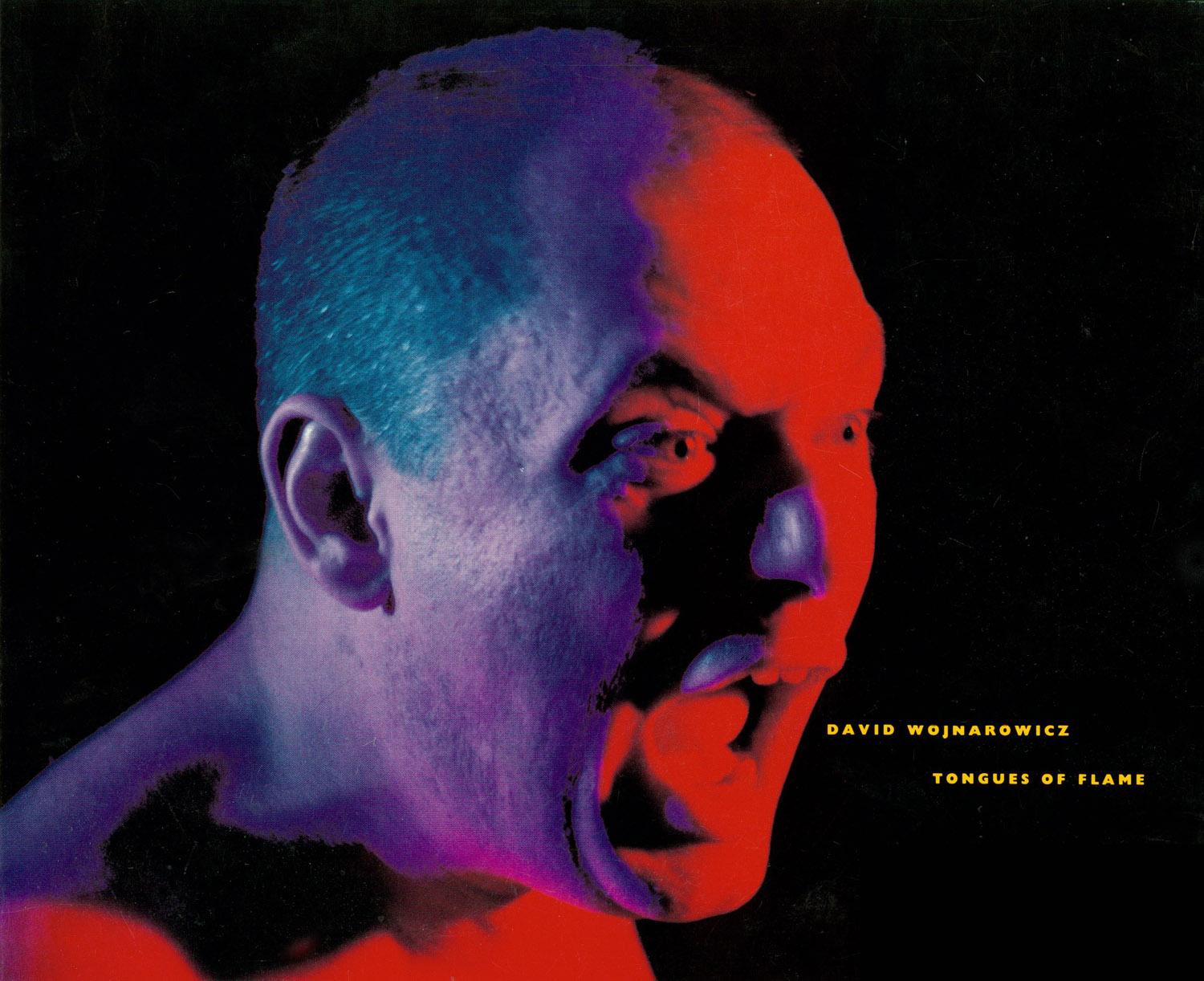