Erin Washington: Light Touch features new and recent collages, paintings, drawings, and sculpture by the Chicago-based artist. From a silverpoint portrait of the Egyptian queen Nefertiti to a chalk drawing of the presumed shape of a wormhole, Washington’s multilayered works consist of a medley of ambiguous scientific diagrams, art historical references, Post-it notes, studio debris, mythological figures, and self-deprecating jokes. Washington utilizes her panels in a similar way chalkboards have been historically used: as a temporary surface to present a lesson, theory, or problem. Though this approach situates Washington as a sort of teacher and the viewer as a student, she undermines this assumed authority by revealing her process: attaching Post-it notes of ideas instead of rendering the final product, writing critical notations on better aesthetic choices instead of changing them, or taping images of what inspired the piece to the surface instead of claiming authorship. Washington notes, “I always held tightly to the process of things: the process of telling a good story or the process of baking bread. I’m fascinated by the attention required for a series of incremental steps to produce a thing (a joke, a loaf, or a painting). Especially if the result is temporal, all that is left for grasping is the experience.”


Through this particular focus on process, Washington consistently draws unexpected parallels between material and image, enabling her to approach timeless themes and dense subjects with a sense of wonder, wit, and wile. For example, the panel Light Touch (2017) consists of drawings and collages that reference visual perception, including: a drawn diagram of Descartes’ theory of vision; a hand-painted grey-scale value study; a fluorescent colored thread from a blanket in the artist’s studio; a variety of handwritten notes; and a ripped black postcard photo of artist Marina Abramovic’s stern face—embellished with googly eyes. Other works are produced as handmade chalkboards, which are first brushed with a porous acrylic pigment, upon which she laboriously draws, erases, and redraws images ranging from a broken-nosed head of Aphrodite to the layout of a Ouija board. In Washington’s four-foot-tall sculpture entitled Idiot Professor (2017), an actual sandwich-board-style chalkboard wears the artist’s shoes on its two forward facing legs. While the front panel features a chalk drawing of the goddess Athena over the handwritten phrase “Thinking causes complications,” the backside simply bears a taped “kick me” sign.

Washington will create her first large-scale geodesic dome for this exhibition. Visitors are invited to enter and experience the heat-trapping qualities and the semi-transparent golden tint of the space blankets covering the structure. Drawing inspiration from the ingenuity of architect and inventor Buckminster Fuller and from famous geodesic domes such as Biosphere 2, an Earth system science research facility in her home state of Arizona, Washington hopes to replicate an historical science-based structure that, as she states “is similar to my approach with my two-dimensional work.” Washington continues, “Until now I have not been able to create a structure that allows the viewer to experience not only being able to be surrounded by the material, but the ability to see through it.” She continues, “my hope is to create something beautiful and unusual—something that slows the viewer down, upsets reason/logic, and rewards existing within it.”

Washington’s work has been exhibited at numerous venues throughout Chicago including Andrew Rafacz Gallery, Zolla Lieberman Gallery, Hyde Park Art Center, Roots & Culture, and The Franklin. She was selected as one of NewCity’s “Breakout Artists 2016” and has been featured in publications such as Sports Illustrated, New American Paintings, art ltd. Magazine, Chicago Magazine, and ART CRUSH. She received a Bachelor of Studio Arts from University of Colorado at Boulder, and a Master of Fine Arts in Painting and Drawing from The School of the Art Institute of Chicago. Washington lives in Chicago where she is currently a lecturer in the Painting and Drawing Department at The School of the Art Institute of Chicago. 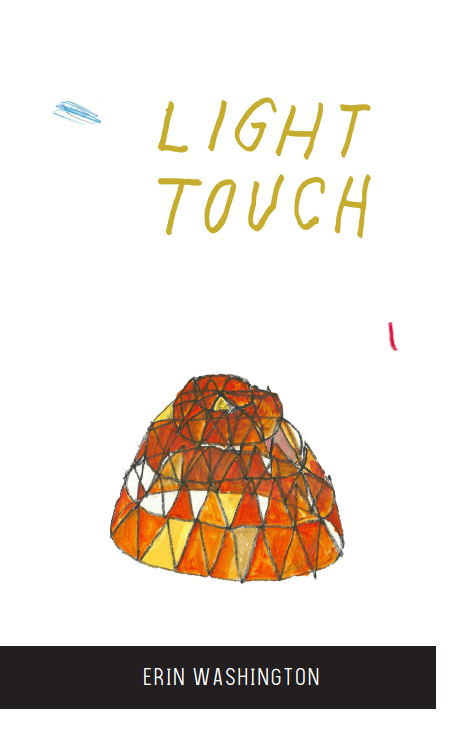