Soldier Shepherd Prophet Martyr: Videos from 1998 - 2013, the first survey of videos by Terry Adkins (1953 - 2014), will feature twelve videos—some created to be standalone works and others developed for inclusion in his performances and multimedia "recital" installations—as well as documentation of the artist's 2013 performances at The Studio Museum in Harlem. The exhibition's title is derived from a phrase repeated throughout Apis Mellifera (1998 - 1999), the earliest video in the exhibition. Adkins combined these four powerful words—which resonate with historical, religious, and political tones—to reference abolitionist John Brown, the focus of the video, but they can also provide a poetic lens through which to view the other videos and the late artist himself, a fearless performer and dedicated educator who often cited his intense belief that "art can be a force for change."

Adkins, who received an M.S. degree in Printmaking from Illinois State University's School of Art, ingeniously united the improvisation of a jazz musician and the deep research of a conceptual artist in his seamless blending of performance, sound, sculpture, printmaking, photography, and video. He studied historical figures that he deemed "immortal"—including John Brown, Jimi Hendrix, Martin Luther King, Jr., Bessie Smith, Matthew Henson, and Ludwig van Beethoven, often focusing on moments and biographical facts that have escaped our collective memories and the dominant narratives of his subjects' lives. Saying that he was drawn to figures with "exceptional human stories" whose "legacies are still very alive," Adkins created commanding works about revolutionary spirits who triumphed over adversity and effected meaningful change. For example, his Synapse (from Black Beethoven)—in which a framed portrait of Beethoven slowly transitions from a traditional Caucasian depiction toward one that shows him with darker skin and hair as a tense instrumental soundtrack drones in the background—acknowledges questions about Beethoven's Moorish ancestry while also honoring that he composed his most influential works after suffering severe hearing loss. Adkins also founded the Lone Wolf Recital Corps, a collaborative group with rotating membership, with whom he performed dynamic combinations of spoken word, music, and song, within installations that included invented costumes, sculpture, and instruments such as his 18-foot long Akrhaphone horns.

The exhibition will present Adkins's videos together and independently from any related two- or three-dimensional works, offering the viewer the opportunity for a close examination of the strategies the artist used, from constructing multi-panel videos comprised of recorded and found footage, to animating archival stereoscopic images, to recording actions in real time. Although he made videos throughout his career, these remain lesser-known than performances and sculptures like Muffled Drums, a ceiling-scraping stack of silent but previously played bass drums, or Aviarium, a recent series that magnifies the wavelengths of various birds' songs and manifests them in silver-plated brass cymbals and trumpet mutes. Akin to the existing objects populating his sculptural works, several of Adkins' videos feature found footage or archival imagery. Rather than narrative accounts, they are vibrant combinations of (often abstract) visual references to the chosen figures that are activated through recitation, song, and even silence. Importantly, the heavy influence of music is evident not only in the soundtracks and Adkins' selection of musicians and composers as some of his subjects, but in the structure and composition of the videos—the rhythmic interactions between images in double- and triple-channel works, the cadence of interposed blank spaces, and the recurrent vibrating stereoscopic imagery that pulsates with life.

One gallery will feature all three of Adkins' John Brown-related videos and demonstrate three of the artist's approaches. In Apis Mellifera, the mouths of Adkins and another man are shown in close-up view as they repetitively chant the words "soldier, shepherd, prophet, martyr" while visual references to Brown's life and mission, including fleece, ringing bells, bees, and honey, fade into and out of the three panels on the screen. Behold Harper's Ferry is a silent video featuring stereoscopic images of Brown's Fort, his grave marker, and the railroad bridge and houses surrounding Harpers Ferry, West Virginia, the site of his infamous 1859 raid. In Roost, Adkins appears as the ghost of Brown on the banks of Lake Alice in Gainesville, Florida, where he imagined that Brown's group, if successful, could have declared their victory.

Another gallery will be devoted to Adkins's 41-minute video. Flumen Orationis (from The Principalities), in which Jimi Hendrix's protest song "Machine Gun" is overlaid with Martin Luther King, Jr.'s "Why I Am Opposed to the War in Vietnam" speech. The powerful soundtrack is accompanied by black-and-white images of early manned flight-dirigibles, hot air balloons, and planes—to reference Hendrix's little-discussed time as a paratrooper in the 101st Airborne. Additional works on view will include Glorioso(from Nenuphar), a silent digital video featuring stereoscopic images of memorial wreaths, bouquets, and markers, the aforementioned Synapse (from Black Beethoven), and Mute, a silent video featuring three views of Bessie Smith captured from a film including a tightly-cropped image of the groundbreaking "Empress of the Blues" rolling her head as she sings a heartfelt song we cannot hear. Miy Paluk 1866, Paradiso XXVII, and Nutjuitok II, three videos that celebrate Matthew Henson, the first African-American Arctic explorer, will be exhibited side-by-side.

Video documentation of At Osiris and Postlude (Corpus Specere), which Adkins and the Lone Wolf Recital Corps performed at The Studio Museum in Harlem during Radical Presence: Black Performance in Contemporary Art, will also be featured in the exhibition. Adkins's videos Obelisks in Rome and Corpus Specere served as the backdrops for the performances and will be displayed nearby.

High school classes are invited to participate in a free field trip program, which will include a curator-led exhibition tour and an art-making workshop led by graduate students in Illinois State University's Art Education Department. Exhibition tours are available from February 24 - April 1, and workshops are available on March 1 and March 29. Please register by calling 309.438.8191 or sending an email to gallery@IllinoisState.edu.

On Tuesday, March 15, University Galleries will host free screenings of "Facets: A Recital Compilation by Terry Adkins" from 12 - 2 p.m. and 6 - 8 p.m. "Facets: A Recital Compilation" is the documentation of a two-hour collaborative performance that Adkins developed and presented at the Frances Young Tang Teaching Museum and Art Gallery at Skidmore College in Saratoga Springs, New York, in conjunction with his 2012 thirty-year retrospective.

Adkins was the speaker for Illinois State University’s 2013 College of Fine Arts commencement ceremony and was inducted into the College’s Hall of Fame. During his compelling address, he described the university as a “Midwestern oasis” that “sharpened [his] mind, honed [his] gifts, opened [his] eyes, and tuned [his] heart…” In association with the exhibition, the School of Art will announce the initiation of the Terry Adkins Memorial Scholarship for Diversity, which will provide financial assistance for underrepresented students majoring in Art. Information on making a gift to the scholarship fund will be available at the opening reception and on the School of Art’s website.

Adkins’ work was recently presented in the 2015 Venice Biennale, the 2014 Whitney Biennial, and the traveling exhibition Radical Presence: Black Performance in Contemporary Art. His work has also been exhibited at Palais de Tokyo, Paris; Museum of Contemporary Art, Chicago; Frances Young Tang Teaching Museum and Art Gallery at Skidmore College, Saratoga Springs, New York; American Academy in Rome; Eastern State Penitentiary, Philadelphia; Institute of Contemporary Art, Philadelphia; The Studio Museum in Harlem, New York; The Renaissance Society at the University of Chicago; and Contemporary Arts Museum Houston, among many others. Adkins’s work is in the collections of the Tate Modern, London; The Studio Museum in Harlem, New York; Museum of Modern Art, New York; Metropolitan Museum of Art, New York; High Museum of Art, Atlanta; and Hirshhorn Museum and Sculpture Garden, Washington, D.C. He was awarded the Jesse Howard, Jr./Jacob H. Lazarus Metropolitan Museum of Art Rome Prize in 2009. Adkins was also awarded fellowships by the National Endowment for the Arts, Joan Mitchell Foundation, and New York Foundation for the Arts, among others. He received his M.F.A. from University of Kentucky, Lexington, his M.S. from Illinois State University, Normal, and his B.S. from Fisk University, Nashville. Adkins was a professor in the Department of Fine Arts in the School of Art and Design at University of Pennsylvania and lived in Brooklyn, New York. His estate is represented by Salon 94, New York. 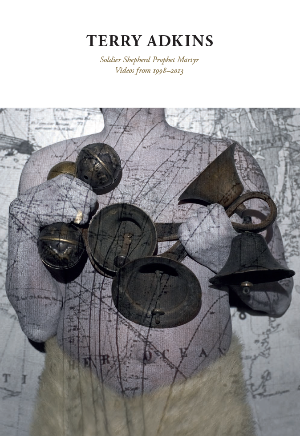