Melanie Schiff: The stars are not wanted now

The stars are not wanted now is the largest and most comprehensive presentation of Melanie Schiff's photographs to date. Spanning the years 2005 through 2012, and bracketing the period of Schiff’s move from Chicago to Los Angeles in 2008, the exhibition illuminates ongoing concerns in the artist’s investigations of light, atmosphere, place and landscape. “The stars are not wanted now” is taken from a line in W.H. Auden’s “Funeral Blues,” an oft-recited elegiac poem decreeing the suspension of time, light and communication.  The phrase alludes to the imprints of time and memory apparent in Schiff’s solitary meditations. A close reading of the title also suggests Schiff's poetic engagement with penetrating natural light, the role of natural phenomena in her subject matter, and her transition from incorporating the histories of icons in popular music, or “stars.”

Schiff achieves dramatic, sometimes haunting, effects with everyday objects, simple gestures, or found landscapes and interiors. Feeling less bound to objects as representations of self, the artist has stepped away from her earlier references to pop and youth culture. Schiff's recent work is rooted in the tradition of photographers in the American West, such as Robert Adams, who ventured out into the landscape to look. Her prolonged engagement with specific locations and her precise sensitivity to the particularities of light yield quiet, almost mystical, revelations brimming with the residue of other lives.

Schiff has said that she speaks not from an individual's perspective about an individual experience, but more collectively about how people feel connected to certain spaces. Her photographs often invite a slowed-down viewing of an idyllic space, whether indoor or outdoor. The artist is especially interested in sites that make one aware of time, such as unpopulated graffiti-covered canals that simultaneously reference the past and suggest a science-fiction version of the future. For example, inHandball Double (2012), multiple exposures of a black and white image of a concrete handball court wreak havoc on our architectural understanding of a space. In Hellroom (2009), layers of graffiti in an abandoned concrete drainage canal form a vibrant palimpsest that implicates each of the lives that have traversed this hallmark of urban infrastructure. Schiff engages a dialogue about painting and mark making, exploring how people signify their presence and claim their own bit of territory. InClaybirds (2012), sparse vegetation on a dry California hillside is punctuated by painterly washes of bright orange. Upon closer inspection, one discovers discharged shotgun shell casings as the unexpected source of the brilliant color.

A publication is forthcoming, with an essay by Shamim Momin, a poem by Kristen VanDeventer, and an interview with the artist by exhibition curator Kendra Paitz. The exhibition and publication have been made possible by a grant from The Andy Warhol Foundation for the Visual Arts.

Programs at University Galleries are supported in part by a grant from the Illinois Arts Council, a state agency. 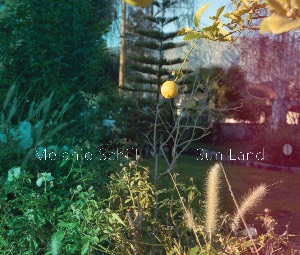