I think my paintings have a moral basis but I am not trying to teach a lesson—these aren’t allegories. I think that their meaning comes from an accumulation of detail, an accumulation of incidence. There isn’t a moral lesson at the end of these, and I don’t really think there is with Shakespeare, either.

John Hull’s King Lear paintings transcend story-line, penetrating to the core of Shakespeare’s existential drama concerning man’s enduring “his going hence even as his coming hither." Set in the vast expanses of the New Mexican landscape, these paintings portray interactions among soldiers under big desert skies. The narrative is so inscrutable that the dominant sense is of vain attempts to grasp unanswerable mysteries—a groping for meaning. 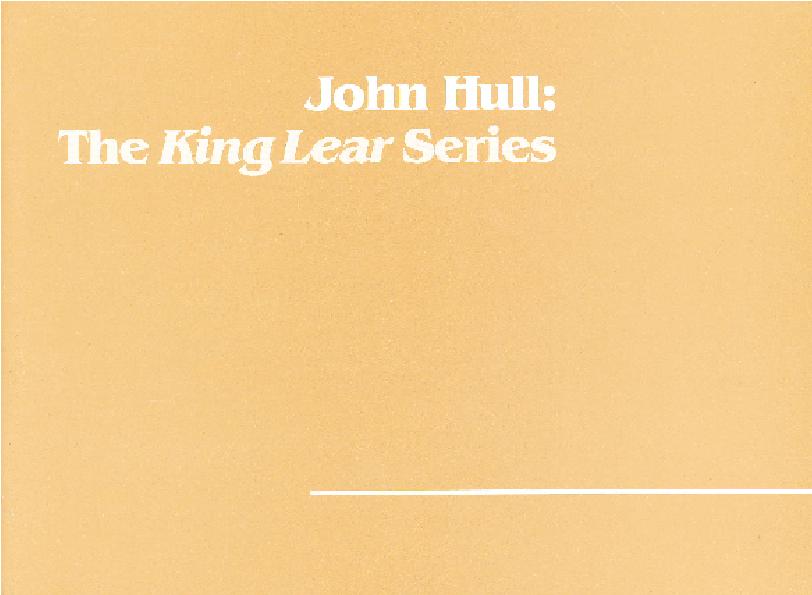