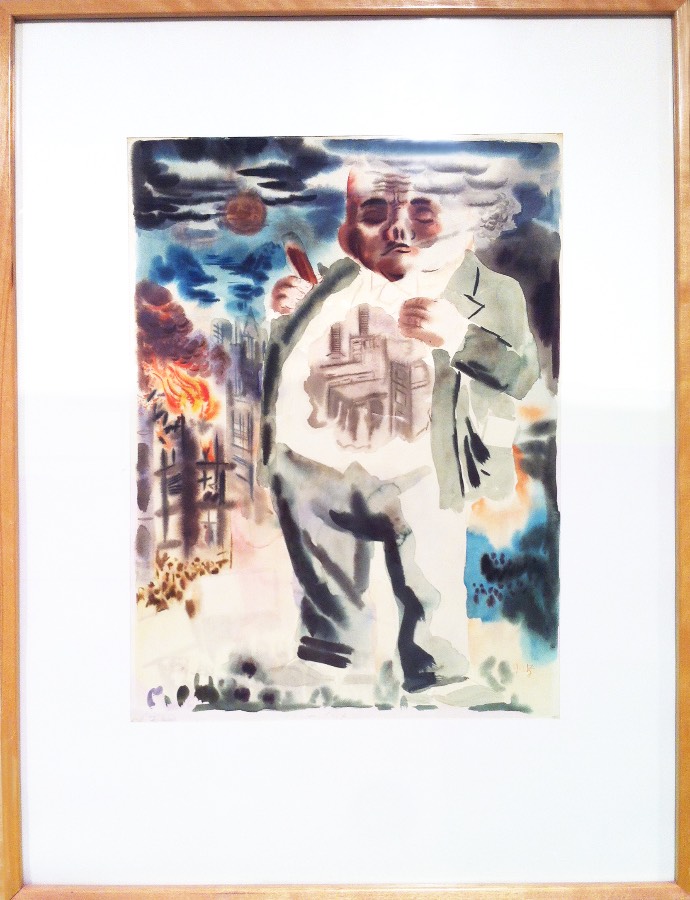 A vertical watercolor painting of a large man in a gray suit in front of a burning cityscape. The man takes up the majority of the picture plane. He is holding a burning cigar in his right hand near his shoulder while smoke seeps from the left side of his lips and surrounds his head. His eyes are closed but facing the viewer. His brow is furrowed, and his nose resembles a pig snout. His left hand holds open his suit jacket revealing a reddish-gray cityscape on his white collared shirt. Directly behind the man is a burning city with a dark blue sky and black and gray clouds. An orange sun or full moon surrounded, and partially obscured, by black clouds hangs in the sky to the left of the man’s head.