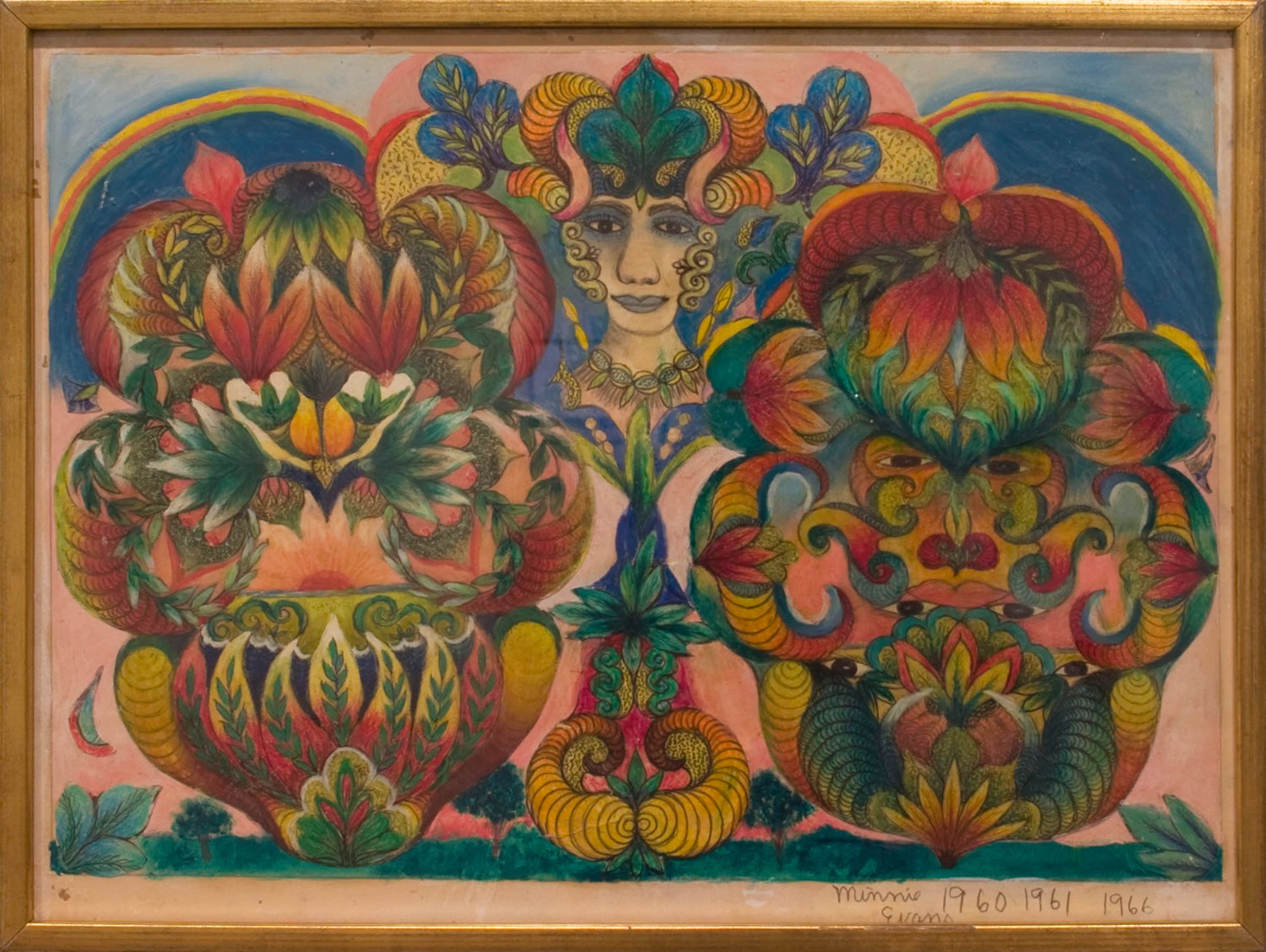 A colorful, nearly symmetrical design of stylized flower and petal forms. A forward-facing human head in the top middle of the composition is adorned with a symmetrical crown of curved, segmented shapes and leaf forms. The face of the figure is neutral in expression with light pink skin, large eyes with blue makeup gazing forward, a broad nose, and blue lips. The space around the head is a gradient from pink, to green, down to blue. The face emerges from two bulbous forms to the right and left that each have patterns reminiscent of a kaleidoscope radiating from a strong center point. The form to the viewer's left contains layers of colorful petal forms with patterns of lines, dots, and leaves. The form to the viewer’s right contains a different arrangement of similar forms with the addition of three sets of eyes set into the designs. A vibrant green strip of foliage provides a base for the shapes to rest on. Gradients of pink tones fill areas around the forms. Thin green, red, and yellow lines curve around the forms toward the right and left top, similar to a rainbow. A light blue fills the background at the top left and right of the image.