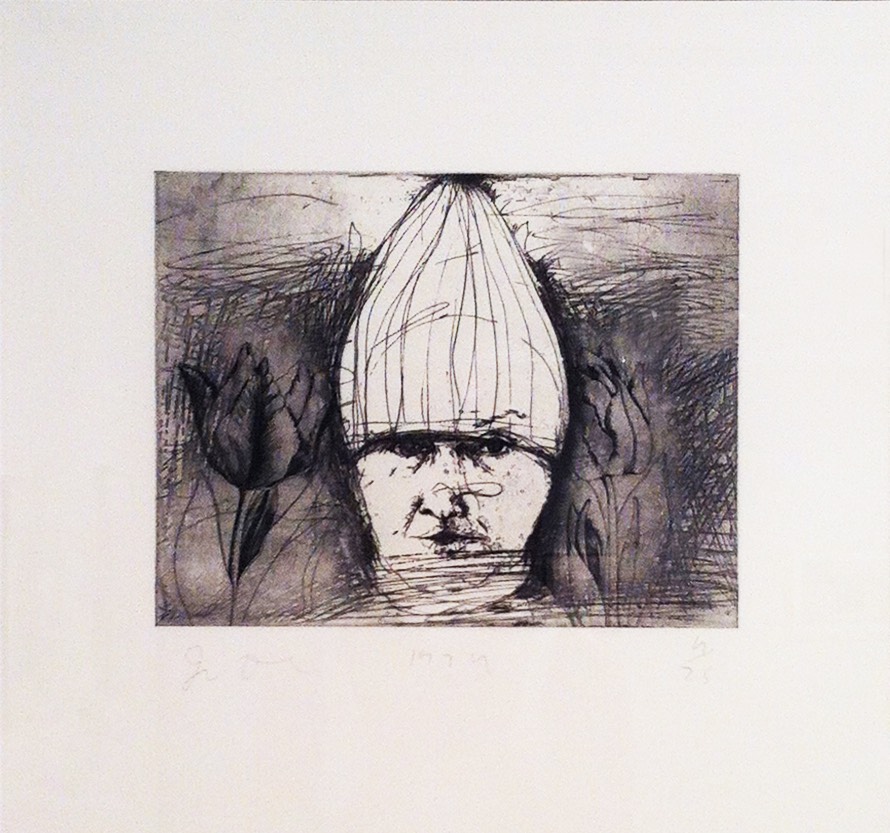 A self-portrait of the head of the artist who looks forward toward the viewer and is positioned in the center of the rectangle format. A cone-like ski hat sits low on their head, covering the brows, and casting a shadow over the eyes. Vertical lines define the ribbing of the hat running to the top center edge of the image. The face and hat are the white of the paper which contrasts with strong black lines defining the features of the face. The chin of the figure rests near the bottom center edge of the image, nearly obliterated by horizontal lines moving from the background across the front of the face. The left and right sides of the images recede into a hazy dark gray background with very active circular and linear hatching lines more visible towards the left and right edges. Black lines define stylized tulip flowers and the contour of the stem and leaves, one on each side of the face. The tulip on the viewer’s left is partially opened and leans towards the face. The tulip on the viewer's right is partially behind the head and is only beginning to open.  The flowers are each nearly the size of the face.