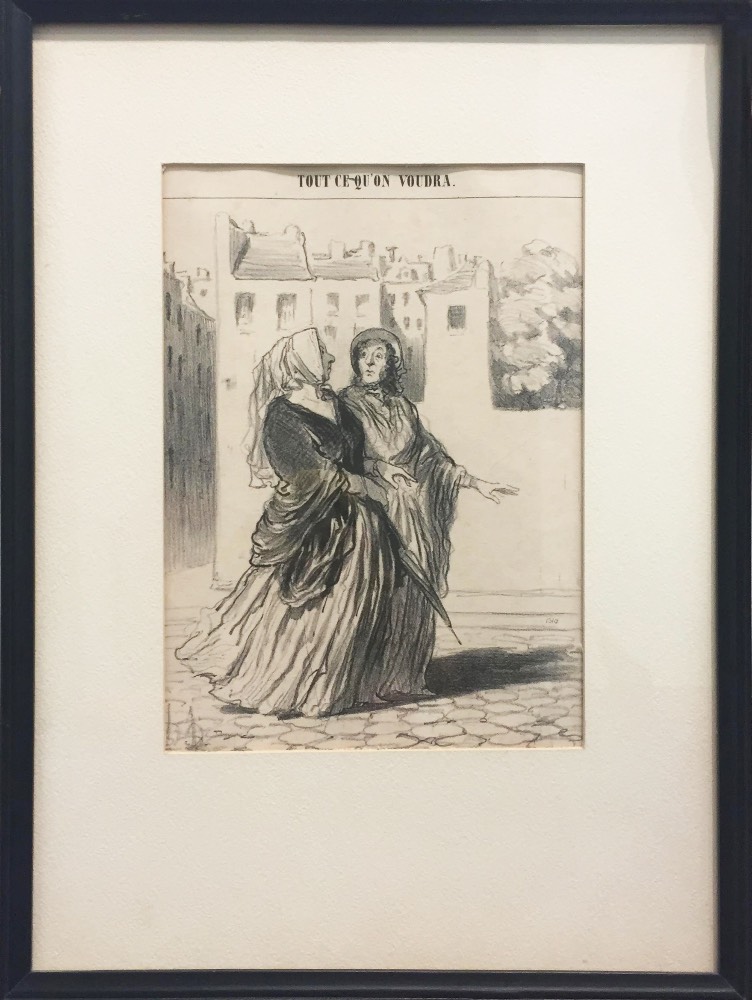 A black-and-white lithograph of two women conversing while strolling down a cobblestone street. A thin horizontal line at the top of the composition separates the scene from centrally placed text that reads “TOUT CE QU'ON VOUDRA.”, which translates roughly to “Whatever we want”. The women are centrally positioned in the foreground, their bodies turned toward the right of the frame. Both women are clothed in long dresses and bonnets. The woman closest to the viewer is facing in front of her (viewer’s right) holding a downturned, closed umbrella in her right hand, with her left hand slightly raised at her side. The woman to her left is facing the viewer, eyes directed at the woman by her side, with her left hand out in front of her. Tall stone buildings fill the background of the image with a leafy tree visible to the upper right behind a wall.