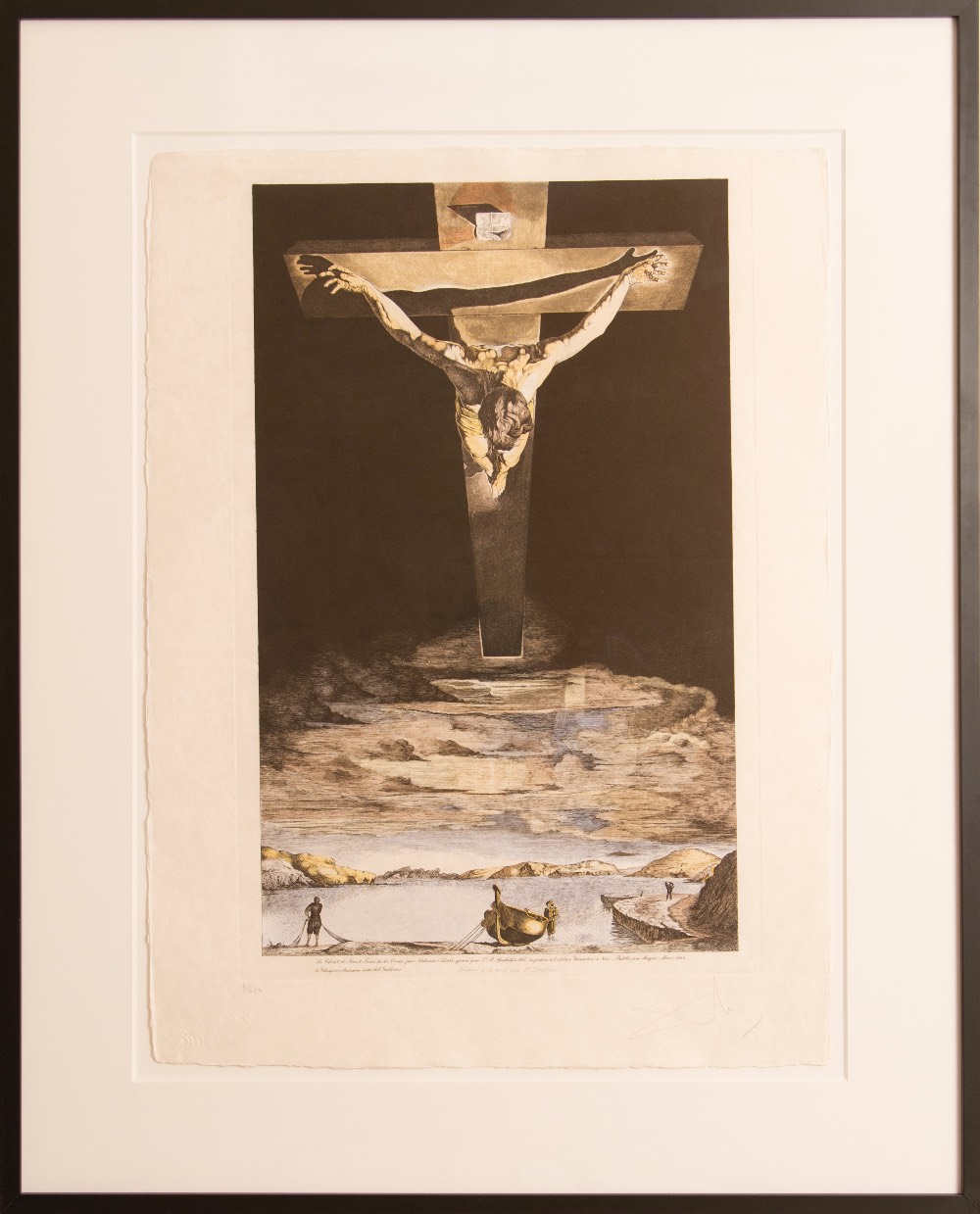 Christ of St. John on the Cross

An aerial view of a person wearing only a covering from waste to knee while hanging on a cross surrounded by darkness fills the top two-thirds of the composition. Their arms are stuck to each side of the cross as the weight of the body pulls away from the center. Their head hangs downward and is covered in thick, wavy hair—facial features are not visible. The left foot extends over the right foot at the base of the cross. A bright light from an unseen source shines on the figure and casts dark shadows upon the surface of the cross. A waterscape is depicted at the bottom of the composition altering the figure on the cross to appear suspended in the sky, viewed from below instead of from above. The dark background builds into a cloudy sky below the cross. A figure in the bottom left corner pulls in netting from a body of water. The netting is tied to a boat on shore in the bottom-middle of the composition. A man stands in the water near the bow of the boat while a third figure stands on a portion of land that juts into the water. Mountains surround the body of water in the distance in a palette of light blue and yellow.