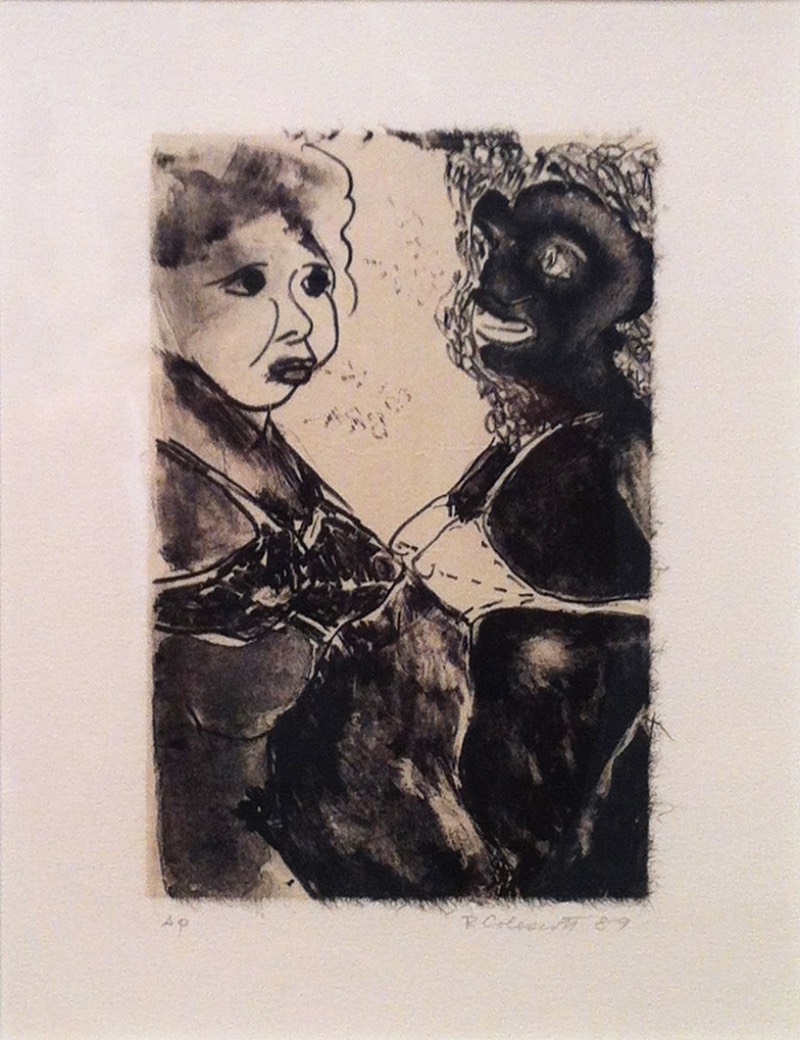 A black-and-white lithograph with chine-collé—collaged layer—depicting two women facing one another. The two figures fill the frame and are tightly cropped from the top of their heads down to their hips. The woman on the viewer’s left has light skin, a round face, dark lips. and dark eyes. She looks toward the woman across from her. The woman on the right has dark skin, long curly hair, white lips upturned in a slight smile, and light eyes gazing upwards. The light-skinned woman is wearing a pointy black bra and the dark-skinned woman is wearing a pointy white bra. The word “Bra” is capitalized and scrawled backwards twice in the space between the two women.