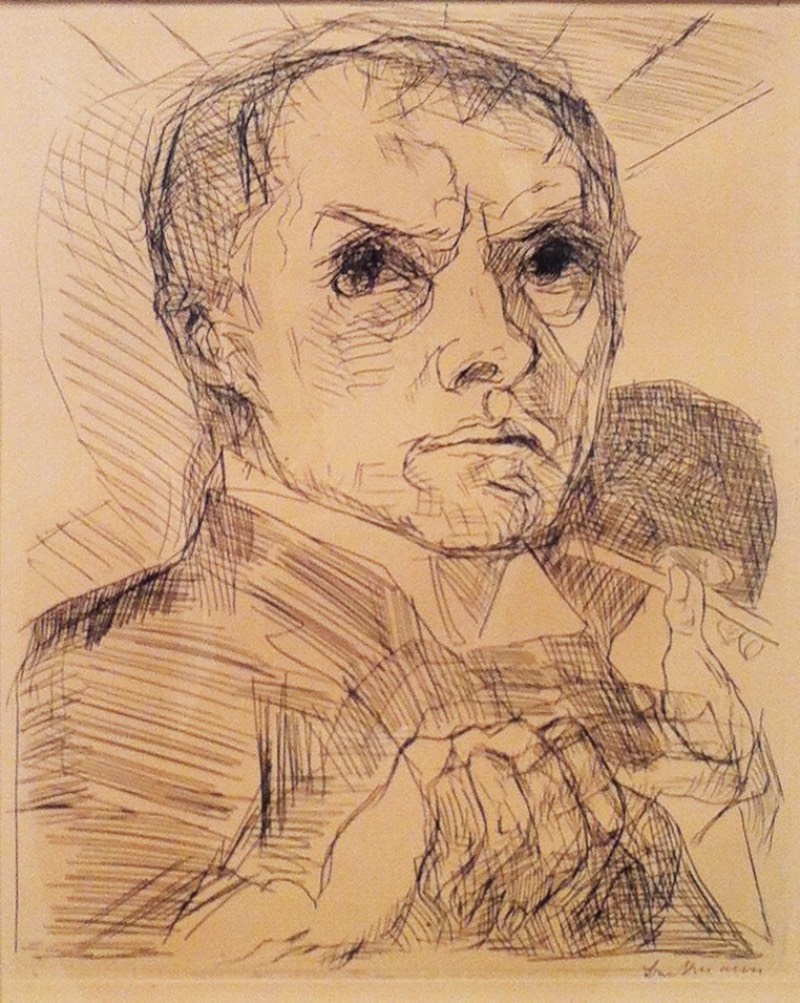 Self Portrait with Stylus (Selbstbildnis mit Griffel) from Faces (Gesichter)

A linear portrait of a light-skinned, short-haired man. He is facing forward with his brow furrowed. His dark eyes look up and outward to his right (viewer’s left). The figure is depicted from the shoulders up, a bust, and fills the picture plane. His body is slightly turned to his left (viewer’s right) and his hands are raised in front of his torso. He holds a stylus in his left hand. Overlapped and crisscrossed lines create shading on the figure and clothing. Thin diagonal lines radiate outward from the top of his head and a shadow of the head is created with parallel lines behind the figure’s left side.